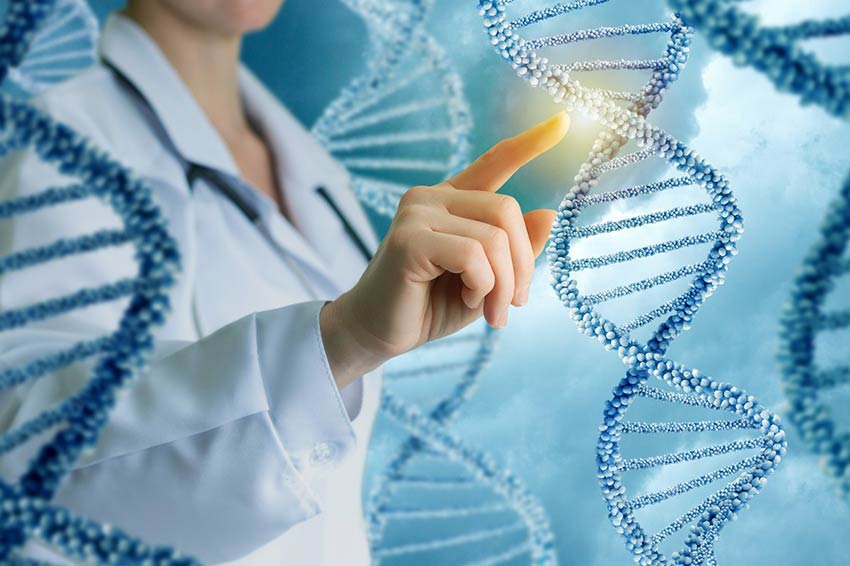 Genetic testing is a diagnostic method that helps confirm the presence or absence of genetic disorders by looking for changes or mutations in fundamental units of hereditary material called genes. Mutations can be inherited from either one or both parents or appear spontaneously and usually affect the normal functioning of a gene leading to various symptoms.

How genetic testing is done

A genetic test is usually prescribed by the clinician, a trained medical geneticist, or a genetic counselor to confirm or rule out a genetic disease. Samples for genetic testing can be obtained from blood; saliva; a smear from inside the cheek, skin, or hair; or amniotic fluid, the fluid that surrounds a fetus.

The collected sample is then sent to a laboratory to look for mutations in the gene of interest. It usually takes several weeks for the results of a genetic test to come back. These results are interpreted either by the clinician or by a genetic counselor with knowledge of the particular disease.

Gaucher disease is an autosomal recessive genetic disease caused by mutations in the GBA gene that contains the information necessary to make an enzyme called glucocerebrosidase (GCase). GCase is required to break down fatty chemicals called glucocerebrosides, which would otherwise accumulate in organs such as the spleen and liver leading to toxicity. Although there are more than 400 genetic mutations that can cause Gaucher disease, four of them are most commonly seen.

A multi-gene panel includes testing for the GBA gene along with several other genes that the clinician or genetic counselor thinks could be implicated in the symptoms. It is important that only the necessary genes or disease-causing variants are tested to reduce costs and waiting time.